Your Computer is covered by

Your Bussiness is stand out with

Awesome, We Always Do

A professional developing team target to make your bussiness
stand out.

Build your system right for your bussiness.

Help you shine out through your own mobile app.

Be a friend of your friend computer. 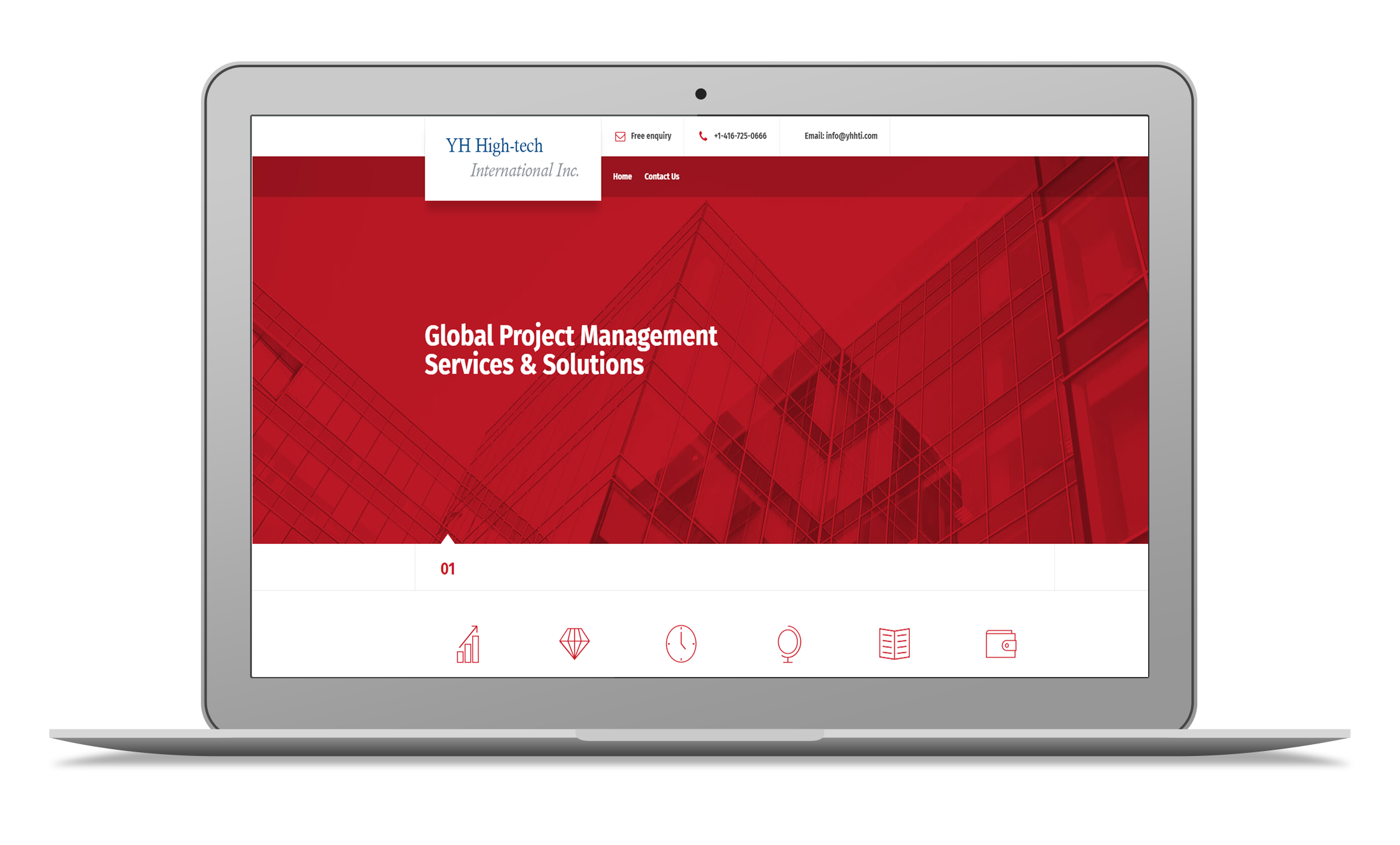 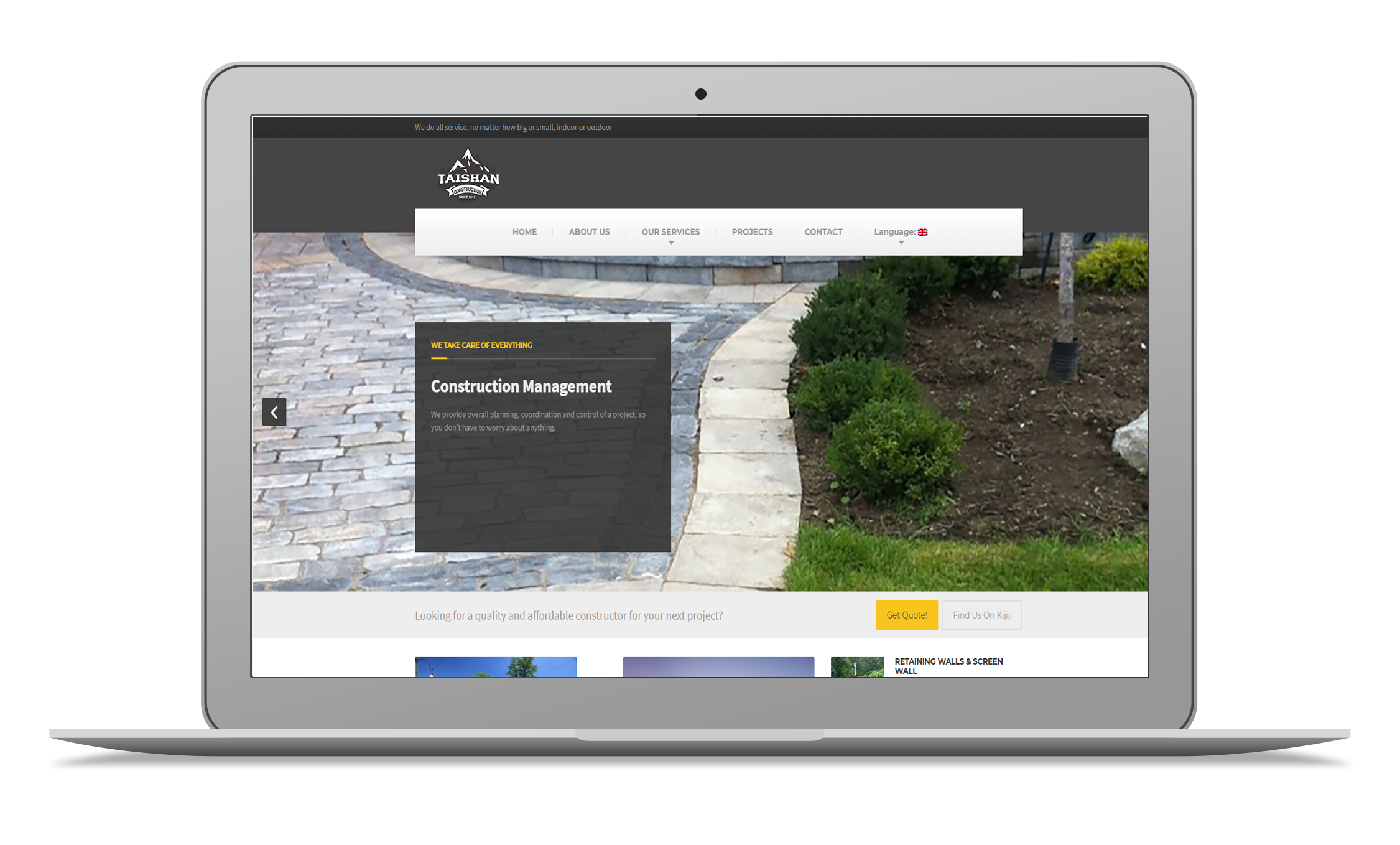 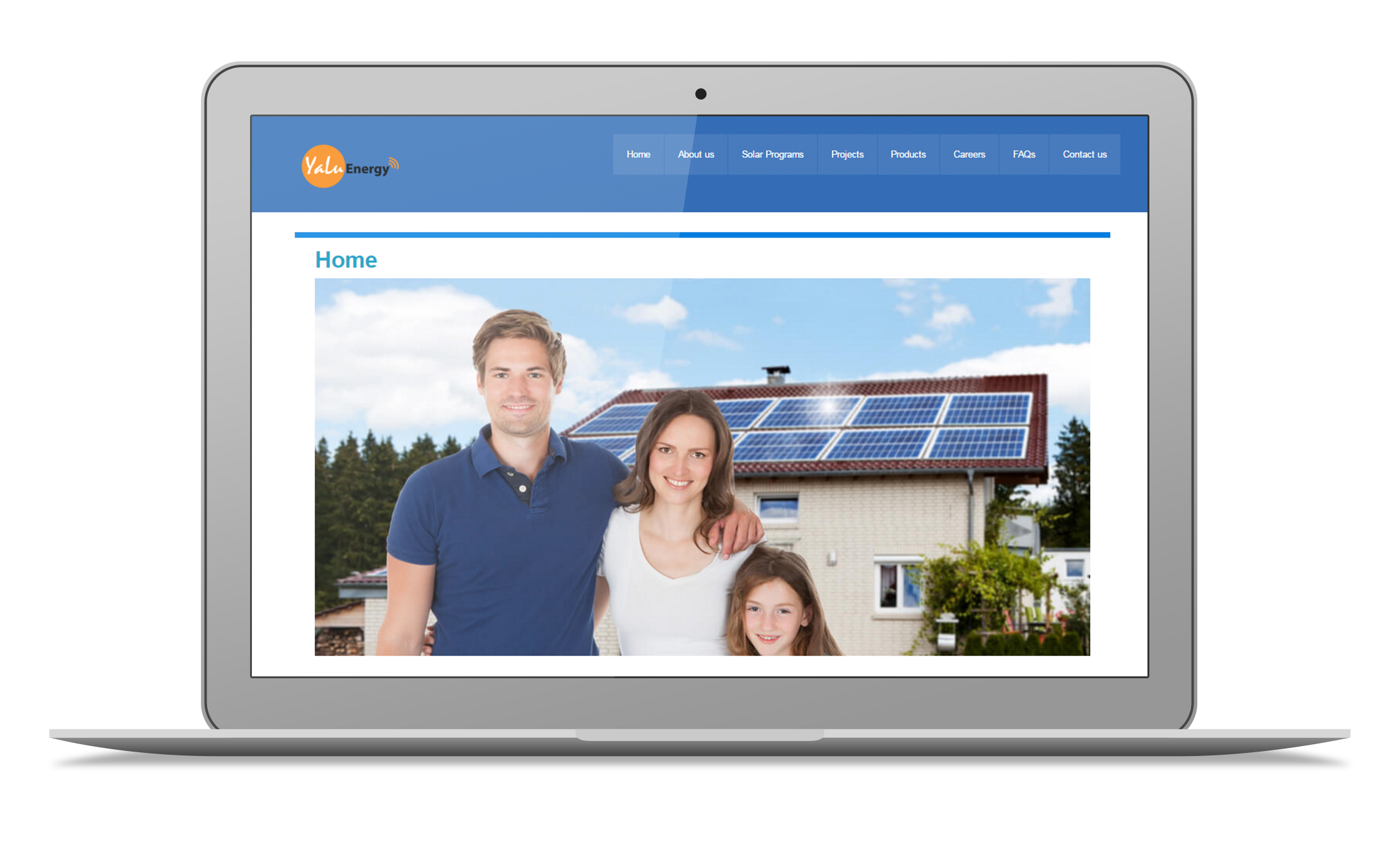 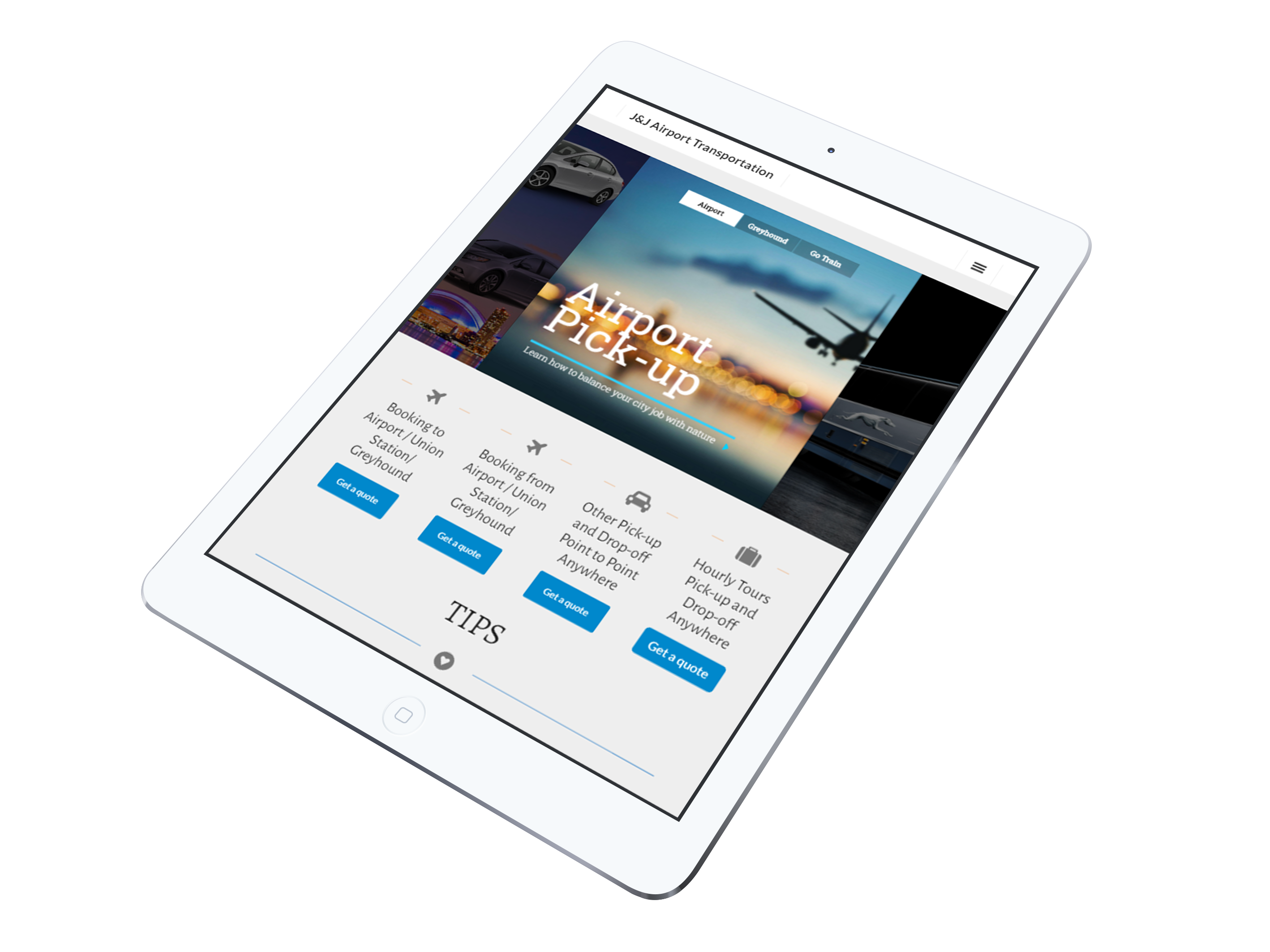 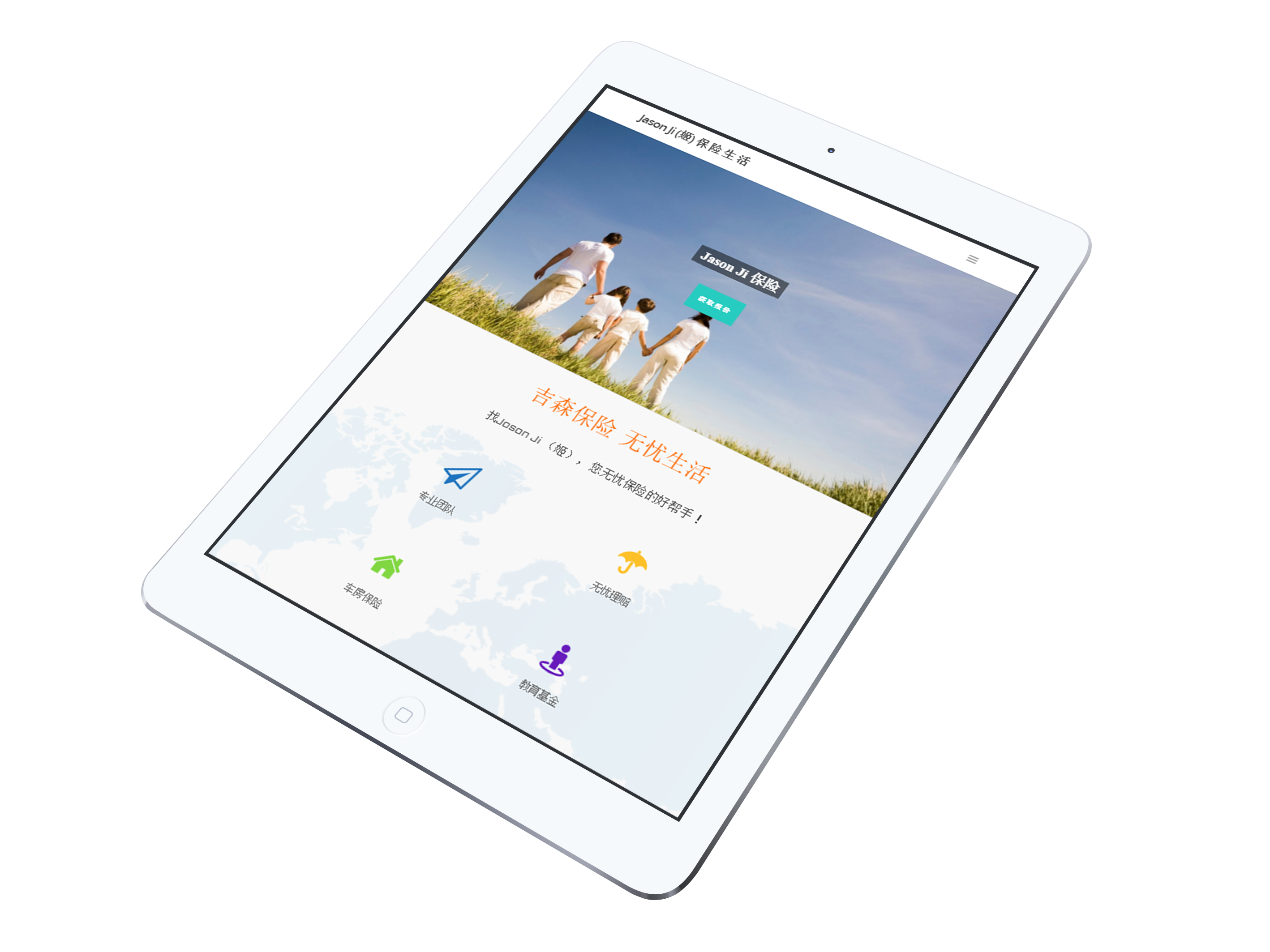 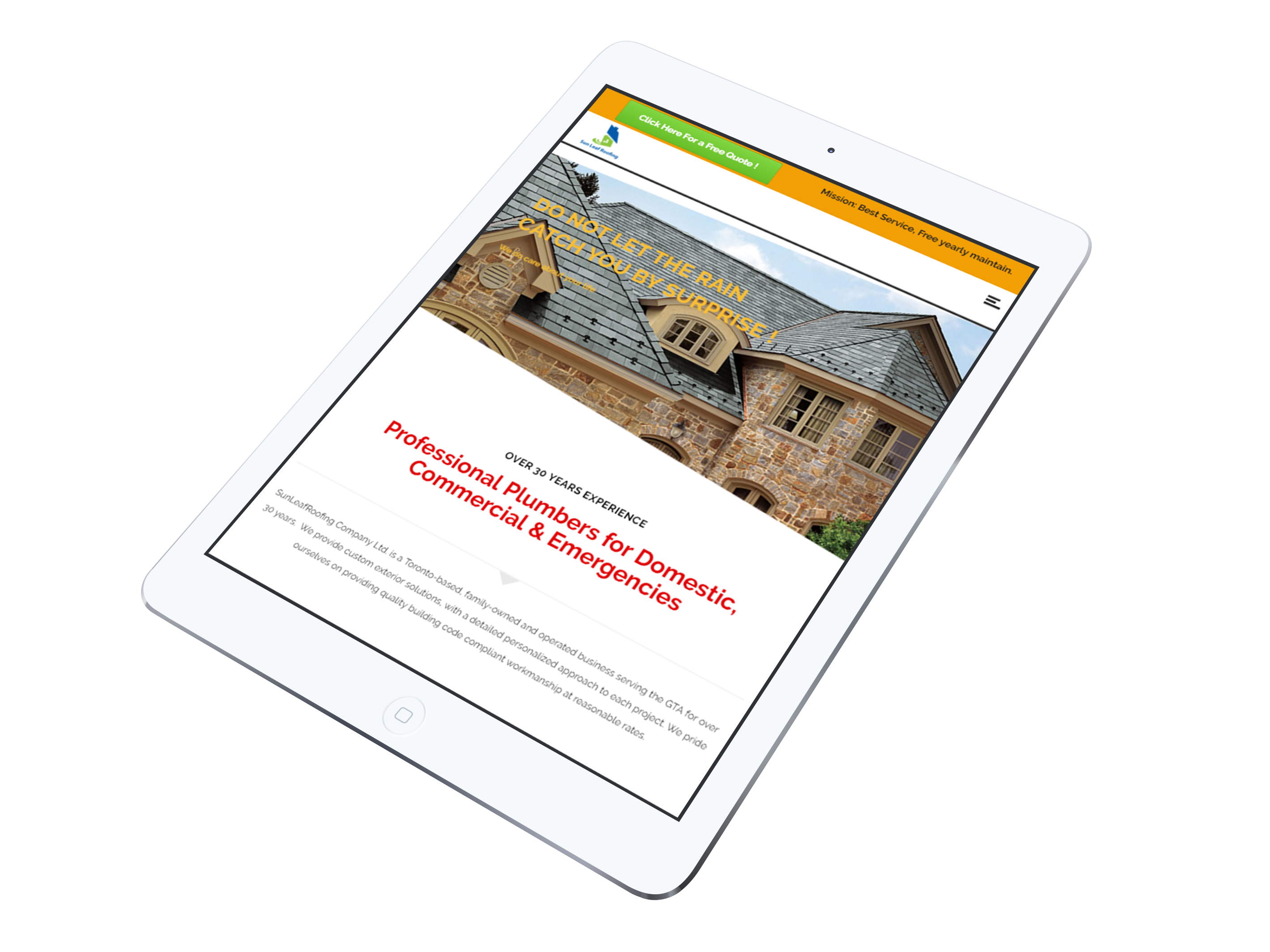 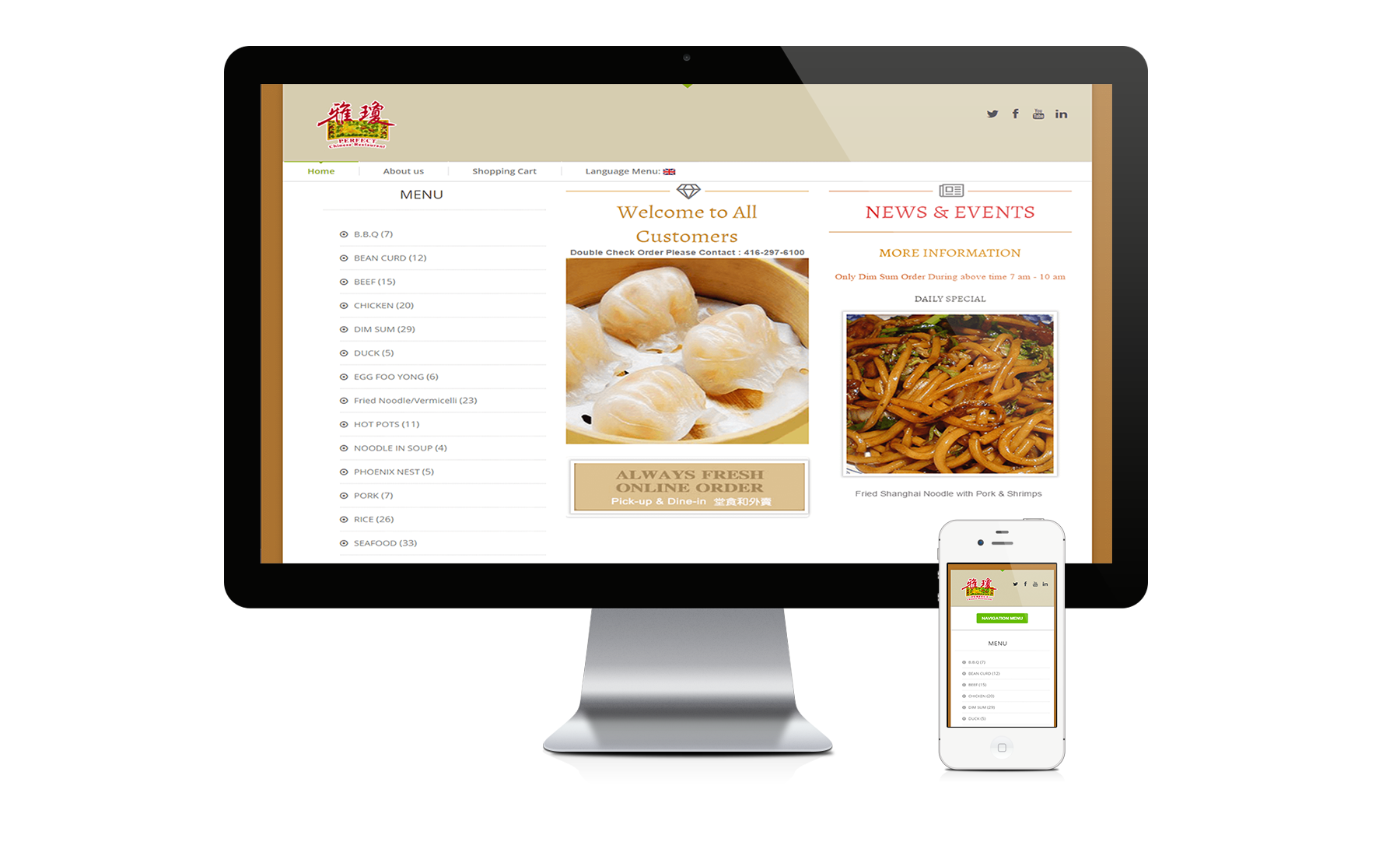 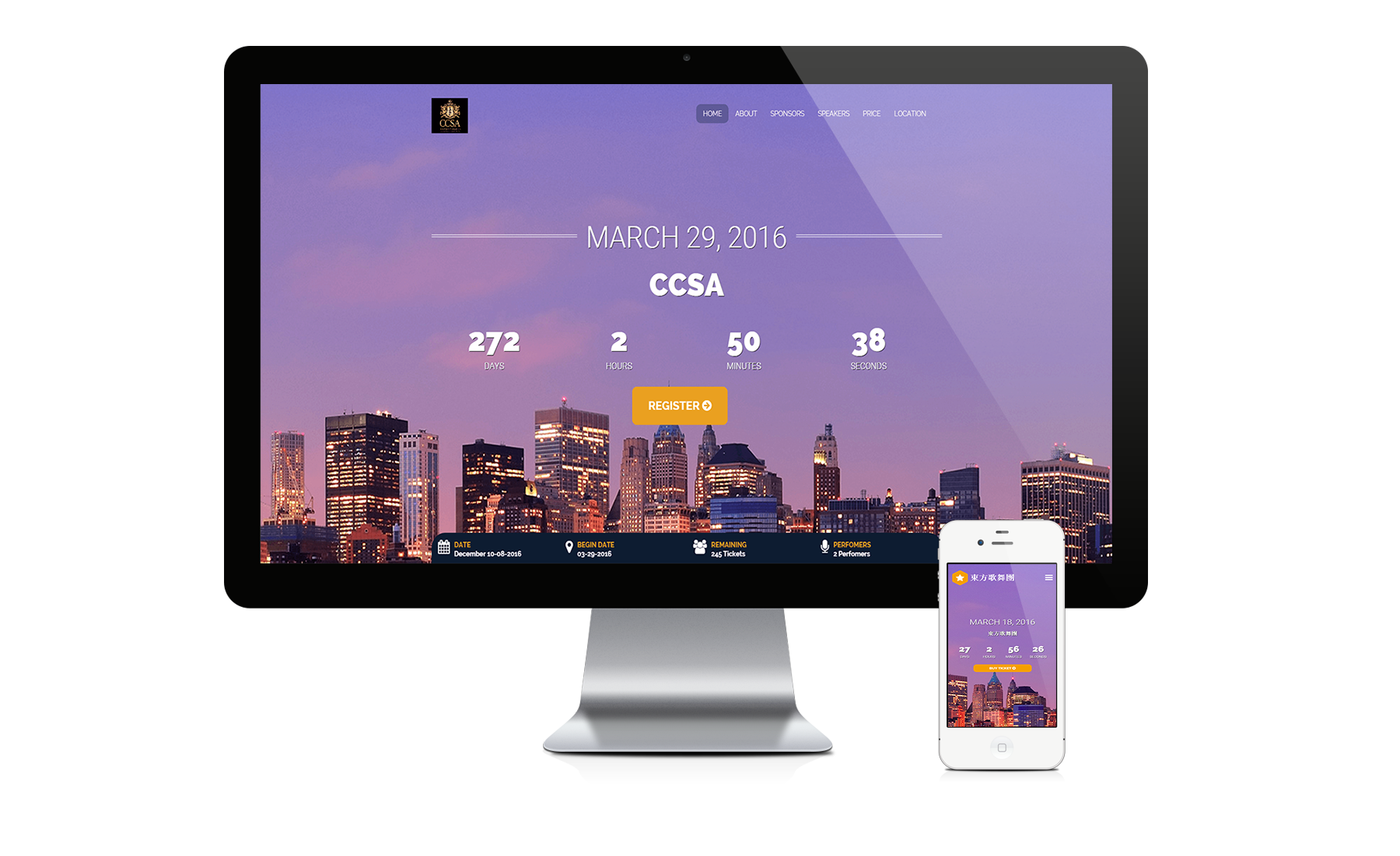 Wide range of creative Internet services designed for you.

Fast & comfortable networking for IT your efficiency.

Build the mission-critical servers and options for you.

ITECH Computer Inc offers a complete range of training courses that can help you get your project going in the right direction. Our training programs are designed to empower everyone involved with your CMS project, from content contributors and web developers to system administrators and developers. Each course will help you solve business problems, find new ways to use CMS technology, and gain a better return on your project and technology investment.

No Enterprise Resource Planning project should begin without all of the “players” involved in developing a blueprint for that development.This includes each business function leader, the IT department, and the ERP developers, whether in-house or contracted. The Blueprint becomes the master plan, and is in writing.

From sales to delivery, every procedure of work need data to help manage the business. How to establish the data, to process the data, to manage the data and to secure the data will be essential task for every business who are using digital appliance instead of using physical ways of storing the data. Trainees will learn from the beginning and finally becomes an database administration expert to help their employer gain more profit and make the work more efficient.

While many enterprises are changing their business model from traditional market to digital market, the employees will be required to equip more digital knowledge to help their employers promote their selling products, services, and market impressions. The objective is to help employees clear the confusion about the tactics that work and how to use them to grow employers' business.

ITECH Computer Inc. creates and delivers SEO training course completely adapted to the needs and to the client company online image. The aim of the SEO course is to teach companies how to develop high quality SEO and to give tools that allow anyone to work towards a better position in the search engines such as google, bing, or Yahoo.

This course builds on the theory of marketing data analytics and focuses on practical application by demystifying the use of data in marketing and helping you realize the power of visualizing data with artful use of numbers found in the digital space.

E-commerce website training is the major technology which is becoming extremely viable for business and also very convenient for consumers. ITech computer will help small-medium company to build and grow a profitable online store. Meanwhile, this course introduces the learner to various topologies used within e-commerce, the infrastructure required and security needed to make e-commerce possible.

ITECH provides Film Making Course specially designed for those students desire to be a professional film maker or only want to learn film direction but additionally also want to acquire a specialized knowledge of all the technical skills that are used in film making. Participants on the course will learn about the collaborative nature of filmmaking, working as a team with their peers. They will learn to combine technical skills with visual communication and narrative storytelling, developing stories into scripts and then shooting their films with professional actors. 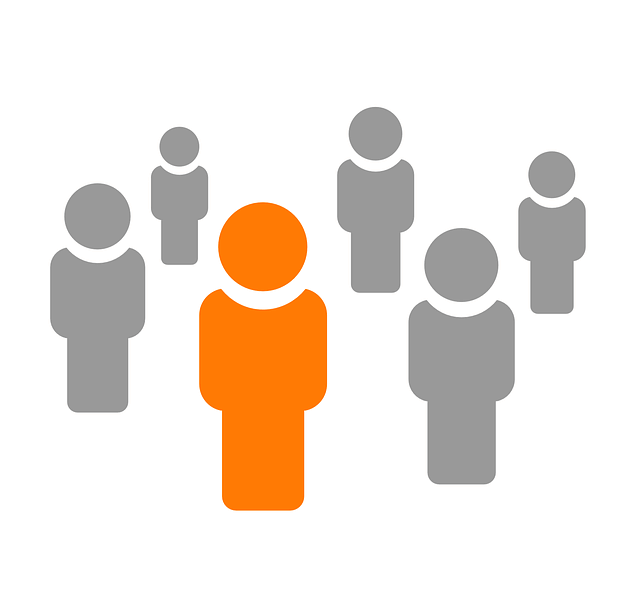 A wide range of computer models that suite your everyday requirement. 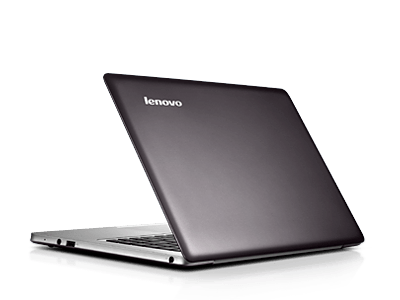 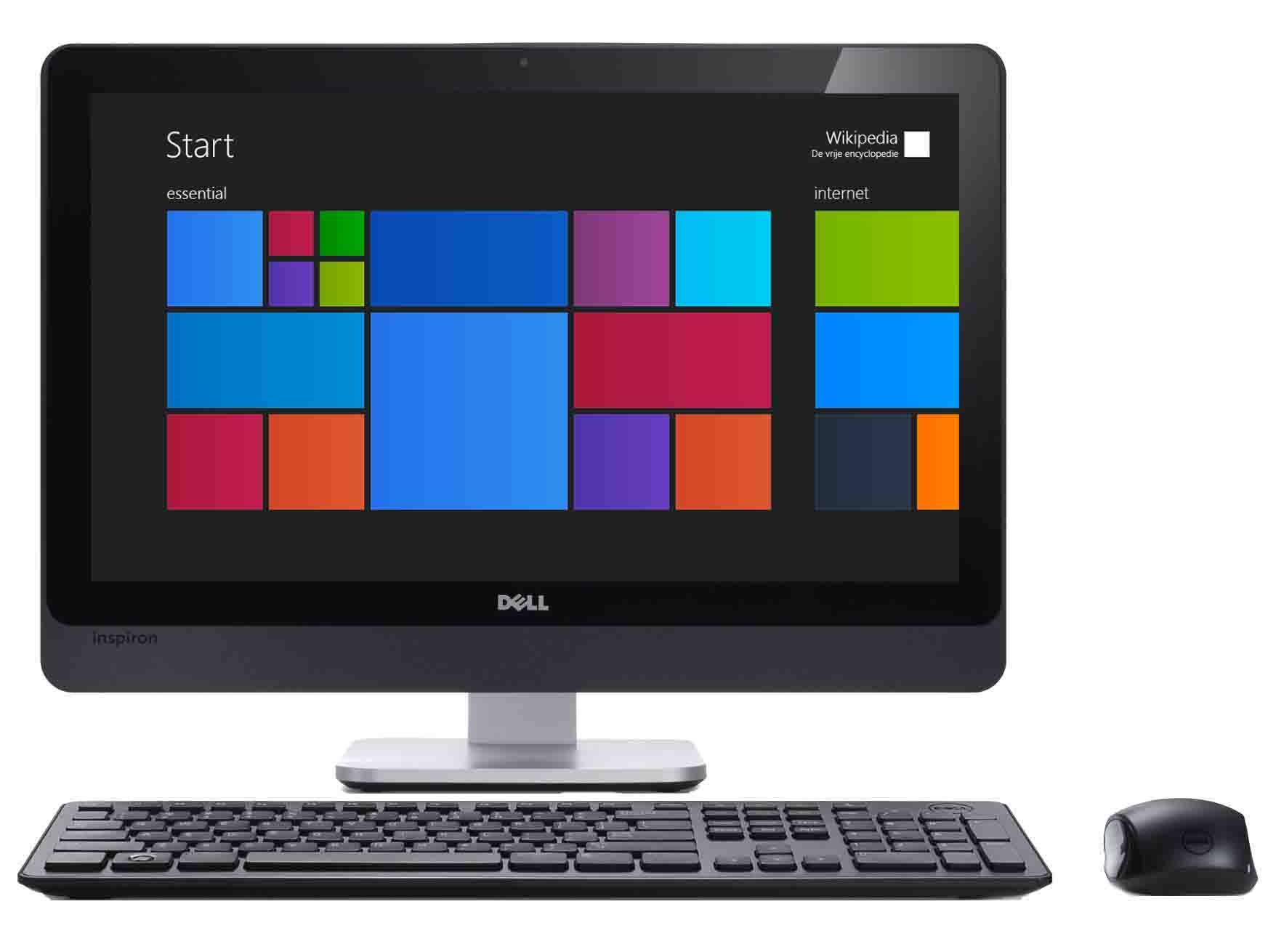 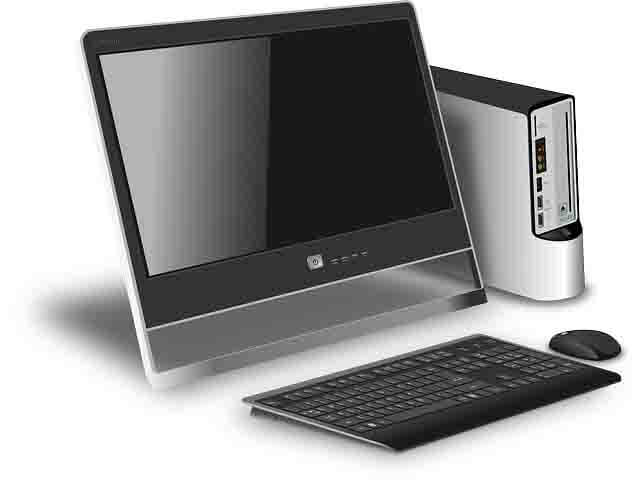 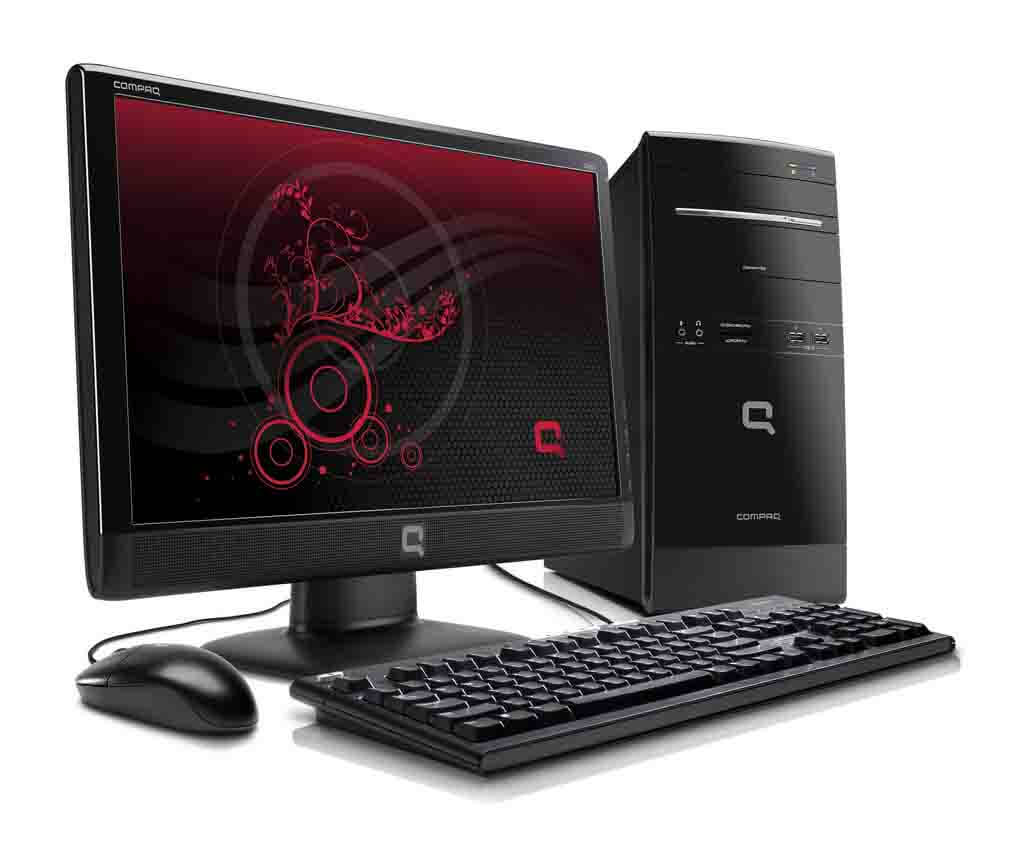 Famous Intel i3 NEW CPU: Intel i3 with VT (NEW)

BY ENTERING THIS SITE YOU UNDERSTAND, ACKNOWLEDGE, ACCEPT AND AGREE TO ALL TERMS AND CONDITIONS STATED HEREIN. IF YOU DO NOT AGREE TO THESE TERMS, DO NOT USE THIS SITE!

THIS SITE IS FOR VIEWING WITHIN CANADA ONLY AND WILL ONLY BE CONSTRUED AND EVALUATED ACCORDING TO CANADIAN LAW. IF YOU USE THIS SITE FROM OTHER LOCATIONS YOU ARE RESPONSIBLE FOR COMPLIANCE WITH ANY AND ALL APPLICABLE LOCAL LAWS.  iTech Computer Sub of iTc Group  MAKES NO REPRESENTATIONS THAT THE MATERIALS CONTAINED WITHIN THIS SITE ARE APPROPRIATE FOR LOCATIONS OUTSIDE CANADA.

By entering this site you understand, acknowledge, accept and agree that your use is at your own risk and that none of the parties involved in creating, producing, or delivering this site is liable for any direct, incidental, consequential, indirect, or punitive damages, or any other losses, costs, or expenses or any kind (including legal fees, expert fees, or other disbursements) which may arise, directly or indirectly, through the access to, use of, or browsing of this site or through your downloading of any materials, data, text, images, video or audio from this site, including but not limited to anything caused by any viruses, bugs, human action or inaction or any computer system, phone line, hardware, software or program malfunctions, or any other errors, failures or delays in computer transmissions or network connections.

Do not post on this site, transmit to this site, any pornographic, obscene, profane, defamatory, libelous, threatening, unlawful or other material which could constitute or encourage conduct that would be considered a criminal offense, give rise to civil liability, and/or otherwise violate any law and/or regulation.

Although this site may be linked to other sites, iTech Computer Sub of ITECH COMPUTER  is not directly, indirectly, implying any approval, association, sponsorship, endorsement, or affiliation with the linked site, unless specifically stated therein. By entering this site you acknowledge and agree that iTech Computer Sub of ITECH COMPUTER has not reviewed all the sites linked to this site and is not responsible for the content of any off-site pages or any other site linked to this site. Your linking to any other off-site pages or other sites is at your own risk.

*Online Store Free Shipping & No OES Fees
Free shipping across Canada & we paid the OES fees for you!

How We Use and/or Disclose Your Information:

iTech does not sell or rent your personal information.

We may combine all the information we collect. We may disclose your information within our corporate family of companies.

We may disclose your personal information to third parties under the following limited circumstances:

with service providers or suppliers that help with our business operations or joint products.

when necessary to protect the safety, property, or other rights of iTech, customers, or associates, or when otherwise required by law.
- 14 days with original receipt, but final sale items.

- All products must be exchanged in their original packaging, including any accessories, CDs/DVDs, manuals, documentation, packing materials, box and etc.

- A minimum 20% restocking fee on any opened or used products.

- NO REFUND, EXCHANGE ONLY!

Defective items, please contact manufacturer for warranty service.
ITECH COMPUTER is a Canadian IT company focusing on consulting, web-site design, software development, data forensic recovery, computer legal investigation services, which may be required in a court of law, with the head office in Markham, Ontario, Canada. ITECH COMPUTER offers infrastructures, networking and consulting services in area ranging from personal computers to business corporation workstation and severs. ITECH COMPUTER was founded by Mrs. Q and Mr. L. from 1999. It started as a computer electronic repair and service specialty store.  In 2003, it was renamed and rebranded with more emphasis placed on both consumer electronics and business consulting.  In 2007, ITECH COMPUTER established an online computer hardware, software, electronic and printer retailer, www.i-techcomputer.com and in 2011, expanded to an online superstore with many different types of products, www.itecht.com.  Benefiting from its low-cost and lowest price guarantee, ITECH COMPUTER had few other branches in GTA.

Mrs. Q is the CEO, Executive IT Director and one of the founders of ITECH COMPUTER, North American-based IT consulting and retailer services.  Prior to ITECH COMPUTER, Mrs Q served as an executive associate of Disney, Bossini and others International Corporation in China, Hong Kong and Canada with more than 20 years of experience in information technology consulting and international trading.  As a graduate student of the Guangzhou University; assisted in the Government of China, ITECH COMPUTER has grown significantly.

Mr. L is the CIO, Chief Information Officer and one of the founders of ITECH COMPUTER.  Mr. L served AT&T, Rogers, HSBC, Citigroup, WMI, BBY, Geek Squad and other companies in Toronto, Canada.  In addition to his 21 years of computer and IT experience, he is certified by Cisco CCNA, ISF, CompTIA A+,  IT Technician, IT Depot Tech, Apple, HP, Compaq, Dell, IBM Lenovo, AMD ATI and more; and educated at University of Toronto, Bachelor of Arts and Science.

We offer the best 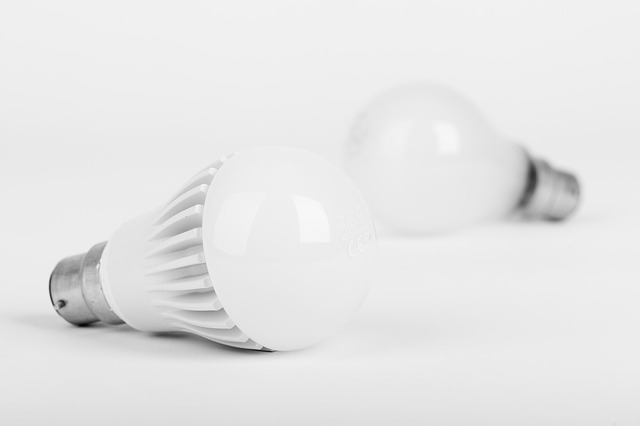 iTech Computer is a Canadian IT company focusing on consulting, web-site design, software development, data forensic recovery, computer legal investigation services, which may be required in a court of law, with the head office in Markham, Ontario, Canada. iTech Computer offers infrastructures, networking and consulting services in area ranging from personal computers to business corporation workstation and severs. iTech Computer was founded by Mrs. Q and Mr. L. from 1999. It started as a computer electronic repair and service specialty store. In 2003, it was renamed and re-branded with more emphasis placed on both consumer electronics and business consulting. In 2007, iTech Computer established an online computer hardware, software, electronic and printer retailer, www.i-techcomputer.com and in 2011, expanded to an online superstore with many different types of products, www.itecht.com. Benefiting from its low-cost and lowest price guarantee, iTech Computer's head office located at Unit 77, 398 Ferrier St. Markham, On, L3R 2Z5.

What we are looking for:

iTech Computer invites you to share in our national growth strategy success by joining our team. We are hiring a Market Development Manager (MDM), who is responsible for the solicitation, marketing, and development of all aspects of new business relationships. The MDM is located and transacts all business from within Canada, primarily in Ontario, but frequently with national coverage. We are looking for a highly motivated and energetic individual who will establish potential client’s base by contacting prospective clients and expand business with current clients, to explore and expand our market shares. Market Development Manager will be developing strategic plans and marketing programs to increase company’s revenues and profitability.

The Market Development Manager will play a key role in further business organization and development of strategies with the current business partners to support continued profitable growth and geographic expansion:

Please send your resume to hr@itecht.ca if you are interested in this postion.